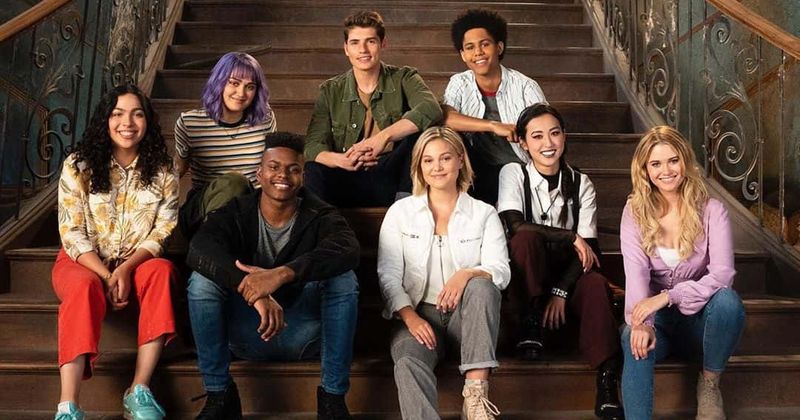 
The third season of the hit Hulu Original series The Runaways is still a couple months away but that hasn’t stopped Marvel TV & Hulu from hyping up the fans in preparation for the season three premiere. NYCC happened last weekend and as part of our press coverage for NYCC, Hulu invited us to their NYCC Exclusive Runaways panel, which featured the cast, and special Q&A and an exclusive screening of episode 3×01.

The panel itself lasted nearly two hours and it was two hours of a deep dive with the cast and showrunners of The Runaways and leading the charge was the head of Marvel Television, Jeph Loeb. During the cast and crew Q&A we learned more about what’s to come for each and every member of The Runaways. We learned how much they developed since the finale of season two and how much their newly developed and acquired skills will be used to gain the upper hand this season.

After the initial Q&A session everyone in attendance was treated to the newly released trailer (above), which was released merely hours prior to the panel. After the trailer we were treated to the entirety of the first episode from season three. In the meantime, I will withhold spoilers until we review it on our site and on our podcast. To give our readers a non-spoiler idea of what I personally thought of Ep.1, you can check out my Twitter reaction below:

That’s as spoiler-free as I can get. Remember that the premiere is still two months away so I am under embargo until then.

Continuing the deep dive prior to the screening, Jeph Loeb turned his attention to the cast and asked the cast about working with Aubrey Joseph and Olivia Holt better known as Marvel’s Cloak and Dagger. The Divine Pairing of the MCU were rumored to crossover with The Runaways when the sophomore seasons of both respective shows ended. This crossover was later confirmed this past Summer with an official announcement trailer. And as you can see with the latest trailer for The Runaways, Cloak and Dagger appear at the end of the trailer, thus solidifying that confirmation.

While I won’t break down and dissect every bit of personal feelings from every cast member towards Aubrey and Olivia. I will say this…while discussing working with Aubrey and Olivia, Molly Hernandez actress, Allegra Acosta spilled the beans a little. Jeph Loeb revealed that Cloak and Dagger’s appearance this upcoming season is not just fan service. He went on to mention that this is a crossover that was planned since the very first season of BOTH shows and he is glad that its finally happened.

Continuing his revelations of Cloak and Dagger’s crossover with The Runaways, he went on to mention that their appearance is needed and has been interwoven into the season three storyline for The Runaways. Here is when Allegra Acosta went on to discuss a little more about Cloak and Dagger, accidentally revealing that they will have a role to play in the finale of the third season….sort of. She was immediately interrupted by Jeph Loeb to avoid her revealing more about the crossover. Seemingly confirming that Cloak and Dagger won’t be a one and done appearance.

Jeph Loeb subtly revealed after that, that since Cloak and Dagger will appear in season three of The Runaways, that it was only right that The Runaways also crossed over with Cloak and Dagger. A shocking bit of news that went over the heads of many in attendance. Many of the cast members were also shocked at this bit of information with Rhenzy Feliz stating “that’s news to us”.

All that’s missing from this is an official announcement for Cloak and Dagger Season 3, which is an announcement many many fans are anxiously waiting for, including us!