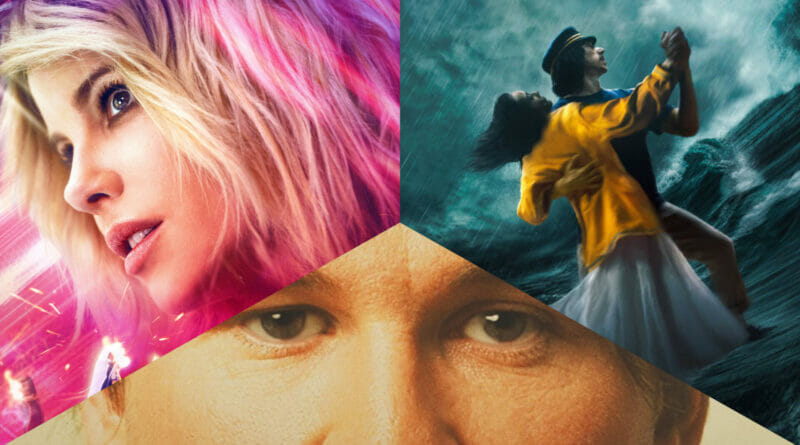 Everything Coming to Amazon Prime Video in August 2021


From “Jolt” to “Val” here is every title coming to Prime Video and IMDb TV (Amazon’s premium free streaming service) in August 2021!

Our personal highlights for Prime Video this month include “JOLT” starring Kate Beckinsale, “Annette” starring Adam Driver and Marion Cotillard, and “Evangelion: 3.0 + 1.01 Thrice Upon a Time”. It’s a stacked month for Amazon Prime Video, let us know what are you most excited to see this month on Amazon!

In Jolt (2021), Lindy is a beautiful, sardonically funny woman with a painful secret: Due to a lifelong, rare neurological disorder, she experiences sporadic rage-filled, murderous impulses that can only be stopped when she shocks herself with a special electrode device. Unable to find love and connection in a world that fears her bizarre condition, she finally trusts a man long enough to fall in love, only to find him murdered the next day. Heartbroken and enraged, she embarks on a revenge-filled mission to find his killer, while also being pursued by the police as the crime’s prime suspect. Available in HDR. Streaming July 23

For over 40 years Val Kilmer, one of Hollywood’s most mercurial and/or misunderstood actors has been documenting his own life and craft through film and video. He has amassed thousands of hours of footage, from 16mm home movies made with his brothers to time spent in iconic roles for blockbuster movies like Top Gun, The Doors, Tombstone, and Batman Forever. Val (2021) is a raw, wildly original, and unflinching documentary that reveals a life lived to extremes and a heart-filled, sometimes hilarious look at what it means to be an artist and a complex man. Available in HDR. Streaming August 6

In the final two episodes of Making The Cut’s second season hosted by Heidi Klum and Tim Gunn, the three designers left remaining compete for the $1 million prize to invest in their brand, the opportunity to sell a collection in Amazon Fashion’s store, and a mentorship. But before they can showcase their final 10-look collection, they must pass the last assignments including creating a concept store that represents their brand and presenting a business plan to the President of Amazon Fashion.

Will they have what it takes to impress judges Heidi Klum, Winnie Harlow, and Jeremy Scott and be crowned the winner of Making the Cut season two? Available in UHD and HDR. Don’t miss the finale on Friday, August 6

S.O.Z. Soldiers Or Zombies centers on the charismatic and unpredictable drug lord, Alonso Marroquín, who escapes prison in Mexico and hides in the middle of the desert in order to avoid extradition. While on the other side of the border, a United States Army experiment with pigs in a military base goes wrong and the Mexican police unit going after Marroquín gets infected, transforming into a new breed of zombies with special abilities. The army and this new species converge in Marroquín’s hideout, where the battle for survival begins. Streaming August 6 with English subtitles only

In this season, love breaks all the rules. An old flame reignited. A test of friends vs. lovers. A night girl and her day boy. A romance with an ex’s ex. A one-night stand. An impossible promise. A ghost of a lost lover. An exploration of sexuality. The eight-part second season of the popular series Modern Love brings to life a collection of stories about relationships, connections, betrayals, and revelations. Each episode showcases love in all of its complicated and beautiful forms, all inspired by true events from the beloved New York Times column of the same name. Available in HDR. Season 2 Streaming August 13

Annette (2021) follows Henry, a stand-up comedian with a fierce sense of humor, and Ann, a singer of international renown. In the spotlight, they are the perfect couple, healthy, happy, and glamourous. The birth of their first child, Annette, a mysterious girl with an exceptional gift, will change their lives. Available in HDR. Streaming August 20

It’s that much-awaited First Day of School! Come join the band as Pete the Cat and his pals have a special back-to-school sing-a-long in Pete the Cat: Back to School Operetta. Will our groovy Blue Cat and the gang get ready in time for the new school year? Will their new teacher be as groovy as their last? And what if the Mega-Mart is out of school supplies! Find the answers to these pressing questions and more in an operatic adventure you won’t want to miss. Streaming August 27

EVANGELION:3.0+1.01 THRICE UPON A TIME (2021) is the highly anticipated fourth and final installment of Hideaki Anno’s post-apocalyptic anime franchise, which centers on the story of Evangelion, an artificial human and multipurpose humanoid weapon, and the Angels, an unknown life-form which takes place after the Earth has been shattered by a cataclysmic event. Available in HDR. Streaming August 13

Prime members have access to the first season of select shows on Prime Video Channels at no additional cost to their membership. This list will be refreshed with titles each month and will only be available for a limited time. Shows and movies streaming August 1 include: Luke Bryan: My Dirt Road Diary is a five-part docuseries following five-time Entertainer of the Year Luke Bryan as he experiences the ups, downs, triumphs, and tragedies along the road to unprecedented success. Through original home videos, interviews, and incredibly personal footage, viewers will get a backstage pass experience into the life of the country music superstar. Streaming August 6

Following the Commissioner’s Cup Championship game on August 12, there are four more WNBA games on Prime Video in August:

Need an Amazon Prime Membership? Get a free 30 Day Trial on us! Click here!