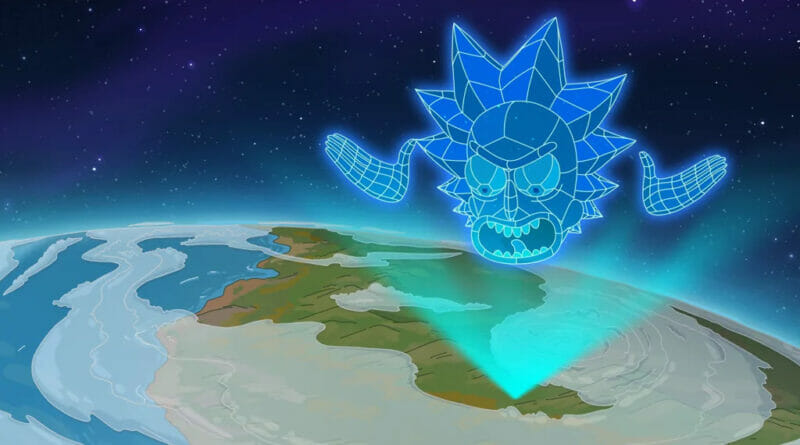 
This week’s episode of Rick and Morty was enjoyable but something viewers have seen before. Although the episode was quite hard to keep up with it was very enjoyable and violent. The writers of Rick and Morty know that the fans are looking for just the slightest Easter egg or deeper meaning and it feels like in some episodes, they like to take viewers on a ride. The episode starts out with the Smith family having a meal only to get killed by squid people including Rick.

Another Rick gets a notification that his decoy family was killed. Rick comes up with the idea to kill all remaining decoys that he created only to find out that the decoys made decoys of themselves. He decides that he must kill the decoys to terminate the protocol. None of the decoys were aware of them being decoys. Rick and Morty sometimes have some very interesting and complex storylines but sometimes it can definitely seem repetitive. Although it was not played out to the same extreme, the plot of this episode has been used in the show multiple times.

An example would be in the “ABCs of Beth” when Beth is unsure if she is a robot Beth or the real Beth. This episode was very similar, a Rick would realize that his decoy was killed. Then they would contemplate if they are the real Rick or not. This led to Rick and Smith decoys all thinking they were real but some thinking they were decoys.

This led to a blood bath. One of the more enjoyable parts of the episode was the creativity in some of the kills. Each time the viewers would think they finally are with the real Rick and Smith family they would get brutally killed, whether it be by a flamethrower or a drive-by. Another enjoyable moment from this episode was seeing the different types of Rick’s and Smith’s. Although this is something we have seen before it was still enjoyable.

During the episode, they explained how a Rick would create a decoy of himself and after a while creates a poorly made one. The poorly made Rick would have another poorly made one and so on. Eventually, one was made with no skin who captured a family so he could take their skin. He explains how he also wants their skin for his family because he wants them to feel attractive. This reminds the viewer that Rick does care for his family and his home.

This led to a wooden Rick and Smith family saving the family who was about to have their skin taken by having a coo-coo clock go through the skinless rick’s chest. The wooden Rick was the only one that was trying to save Rick and the families. He took them to a safe haven that was quickly blown up by other decoys Rick and Smiths trying to kill other decoys. The viewer then sees one Rick who believed he was the real Rick decide to go home and challenge all remaining Ricks to kill him. This led to a huge battle of decoys vs decoys.

One Rick and Smith family was disguised as muppets overseeing the fight. Rick said he was unsure if he was the real Rick or if the one who challenged the Ricks was the real one. While the disguised family was trying to fly away a Rick noticed them and shot them down. All the Ricks and Smith’s battled and only one was left alive. This family was soon all killed by a variation it seemed of Mr. PoopyButthole. This led to fans seeing Rick and the Smiths with space Beth flying in outer space. The show ended with Rick getting a notification that his decoy family had been killed.

Overall this episode was something fans have all seen before but it still had a fun violent twist to it. It is hard to summarize or review the episode because there is so much happening. A good example is kind of like a magic show. You can either sit back and enjoy or you can watch closely trying to figure out each thing that happens. If you try to keep up and figure it out it can be exhausting. Because this show had every new Rick and Smiths presented die shortly after, there weren’t many twists or turns toward the end.

It was expected that they were going to die soon just the way they died was the interesting part. As previously stated the story they used for this episode has been previously touched on so it wasn’t a new idea for fans to think on. Also, a lot of the subplots were used before as well. For instance, them showing how Rick’s carry for their family by the skinless Rick making sure his family got skin too. The viewer already knows that Rick cares for his family.

This being said not every Rick and Morty episode needs to be some deep meaning complex story for viewers to think about for days to come. The episode does make it clear that it is a hard episode to keep up with based on a Rick explaining what is going on. Some episodes are just silly and very creative. This was one of those episodes. It’s an episode that was meant for viewers to enjoy and a challenge for those wanting to keep up.