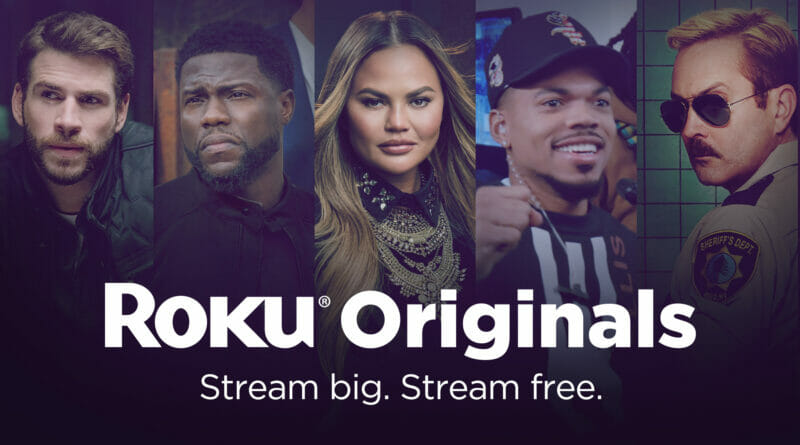 Roku has announced the debut of 30 new Roku Originals that are set to premiere on the Roku Channel on May 20th. includes award-winning and scripted series, such as “Die Hart,” “#FreeRayshawn” and “Reno 911!,” documentaries, such as “Blackballed” and “Big Rad Wolf,” and alternative and reality programming, including “Punk’d” and “Chrissy’s Court.” Roku Originals will be available exclusively on The Roku Channel in the U.S., Canada, and the U.K.

Coinciding with the launch on May 20, Roku is partnering with Laugh Out Loud, the multi-platform comedy brand founded by Kevin Hart, to bring LOL! Network, a linear channel featuring a curated collection of the boldest voices in comedy, to The Roku Channel. It will join The Roku Channel’s lineup of more than 190 live linear streaming channels.

“Will the record reflects that my mom/head bailiff in charge, Pepper, and I are beyond excited to bring Chrissy’s Court to the biggest screen in the home,” said Chrissy Teigen. “There’s no more hung jury on Chrissy’s Court – justice is getting served on The Roku Channel!”

The Roku Channel will be the exclusive destination for viewers in the U.S., Canada and the U.K. to stream Roku Originals for free. Programs available on May 20 include:

The Roku Channel is available on Roku devices, Web, iOS and Android devices, Amazon Fire TV and select Samsung TVs and can be accessed internationally in the U.S., Canada and the U.K.