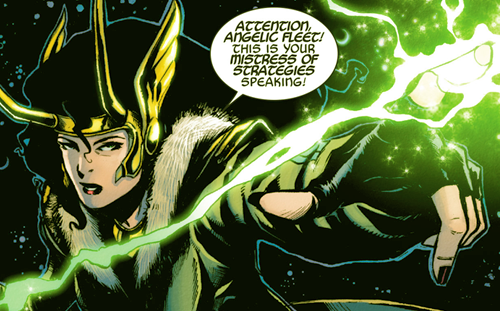 RUMOR: LADY LOKI TO APPEAR IN THE LOKI DISNEY+ SERIES


Loki’s Disney+ series has started to add new cast members to the series, first in line is Sophia Di Martino. According to a report by Deadline, Di Martino is poised to star alongside Tom Hiddleston as the female incarnation of Loki.

“One source close to the production hints that Di Martino may, in fact, portray a female incarnation of Loki and, in effect share the role with Hiddleston.” stated Deadline in their report. While this is a long way from being confirmed, this doesn’t mean that Tom Hiddleston will be replaced entirely. As comic book fans know, Loki can change his appearance, including changing his sexual appearance and gender thus becoming a woman.

Another scenario we could see if the female version of Loki going up against The Mighty Thor, Jane Foster, as Thor: Love and Thunder will be adapting the Jason Aaron comic book run of the same name.