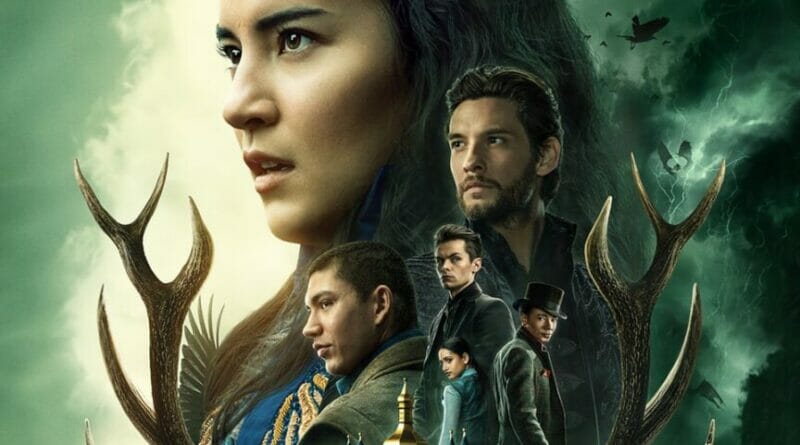 
**WARNING: Spoilers for Shadow and Bone Season One!!!**

Adapting a book into a visual medium is not always an easy task, especially when it comes to the fantasy genre. When done properly, the products can be elevated into legendary status like the “Lord of the Rings” trilogy. However, when done poorly you end up with disappointments like “Eragon” or the last season of “Game of Thrones.”

However, every now and then, a literary adaptation will not only stand on its own compared to its source material but be better than it in several ways. This is the case with Netflix’s “Shadow and Bone,” with the premiere season releasing this past week.

Based on the “Shadow and Bone” and “Six of Crows” series by Leigh Bardugo, this show was highly anticipated and promoted by waves of enthusiastic fans of the Grishaverse, the shared universe both series take place in. As each trailer increased hype for the show, questions kept being asked about how the show would handle the source material, especially since it was covering two book series at once.

Now that the show is finally out, I can proudly say that not only does the show do both series justice, but in some ways it betters them. With stellar visuals, flawless casting, strong acting, and impressive writing, “Shadow and Bone” is a gem of a show that will rekindle peoples’ interest in dark fantasy for the foreseeable future.

“Shadow and Bone” is set in a world filled with Grisha, people that are born with different magical gifts depending on the person, from elemental manipulation to controlling peoples’ bodies in different ways. It mainly takes place in the country of Ravka, a nation divided in two by the Shadow Fold, a large portion of land covered in darkness and filled with all kinds of ravenous monsters. The show mainly focuses on Alina Starkov, a cartographer who is in the First Army with her best friend, tracker Malyen Oretsev, who she knows from growing up together in an orphanage.

After the two embark on a trip through the Shadow Fold that goes horribly wrong, it is revealed that Alina is a Sun Summoner, a once-thought-mythical Grisha with the power to summon light. As a result of this, Alina meets General Kirigan, a Grisha leader with the power to control darkness, and is dragged away to the Ravkan palaces in order to train her powers.

Meanwhile, word of Alina’s power spreads, leading gang members Kaz Brekker, Inej Ghafa, and Jesper Fahey on a high-stakes heist with the goal of capturing Alina. From there, the show intertwines several narratives, showing how Alina grows into her power, how the Crows try to safely capture her, and showing that not everyone has the same goal of destroying the Shadow Fold as Alina does.

When it comes to fantasy properties, the first impressions people make will be with the visuals. Suffice to say, every part about the way “Shadow and Bone” looks is stellar. Every main setting looks gorgeous while avoiding being repetitive, giving off the proper atmosphere. The Shadow Fold is suffocating and tense, while the Little Palace is lush and humbling all the same. Each area pulls off a similar result, depending on what they are going for. Moreover, these are complemented by some of the best visual effects I have ever seen from Netflix original.

The monsters are terrifying in their designs, feeling just as otherworldly as the books portrayed them to be. Whenever Grisha performs magic, it legitimately looks real to an impressive degree. The show clearly had a big budget, and it was a relief to see such a pivotal part of the Grishaverse be as strong as it was.

Combined with a gorgeous costume design that matches each setting’s conditions, great cinematography (with some shots deserving to be captured in still art pieces), and epic music that fits every moment of action and comedy alike, and you have yourself a series that is full of style unlike most fantasy properties in recent times.

With that in mind, does the show have enough substance to back up its style? Yes. In spades. The writing covers its vast amount of plot threads with near-perfection, with each character translating well to the visual medium (some, like Mal, are even improved upon here compared to the books). The plot of the first “Shadow and Bone” book with Alina getting her powers is incredibly fun to watch, especially with the character changes made to her.

Not only does Alina have more agency here compared to the book, but the show tries to add racial commentary by making her part-Shu, which is the Grishaverse equivalent of Asian. The show’s fantasy racism is admittedly hit-or-miss; it does highlight that the behavior is awful and counters it with Alina’s strength and capabilities, but it can admittedly be triggering for some to handle. Nevertheless, it does its best to handle it with care, and with a strong main plot behind it, it is not a complete loss.

The Crows are also given plenty to do here, which is surprising seeing how the “Six of Crows” duology takes place after the “Shadow and Bone” trilogy. Kaz, Inej, and Jesper are given plenty to do, and their story is both entertaining and great at world-building, all while weaving in seamlessly with Alina and Mal’s story and setting up their own future adventures. Nina and Matthias are also interesting to watch; although their inclusion here is shoehorned in and will only make sense to book readers, on its own it does the best it can, while also showing Fjerdan culture while also providing a nice enemies-to-friends dynamic.

Every character in the show has the advantage of being liked already by thousands of book fans, but luckily, the actors are the best part of the whole show. Everyone is perfectly cast appearance-wise and they each have the perfect level of charisma needed for their characters to be accurate to the book even while they make the characters their own. Jessie Mei Li brings a lot of strength to Alina and makes her incredibly charming to watch, from her humble beginnings in the Second Army to when she embraces her powers as the Sun Summoner.

Archie Renaux has a similar effect to Mal; with the show being able to focus more on Mal’s actions while he was separated from Alina, we get to see how much Mal and Alina connected with her prior to the show’s events and what he is willing to do to reach her, and Archie shows how personal the struggle is and works with Jessie to form a great partner dynamic.

This trio is capped off by Ben Barnes as General Kirigan, who has just as much mystique and charm to him as the Darkling had in the original book, even more so at times. The three work great off each other in times of rest and times of stress, and it was great to see them embody their characters so well.

The exact same could be said for the Crows, except they do even better. Freddy Carter embodies Kaz in all of his complexities, showing off how strategic a thinker Kaz and how cutthroat he can be, while also showing that he does care for his crew in times of duress. Amita Suman does great at showing the crises of work and faith Inej is having, being an assassin who hates killing and wants to keep her faith despite it costing the bounty.

Kit Young arguably shines the brightest, however, giving off constant wise-cracks as Jesper and bringing levity to every moment, all while having the talent to back it up with some stellar gunslinging when the time calls for it. The show has brilliant performances all around, both from the main cast and supporting cast. It is as strong and diverse as the original source material, and it ends up all the better for it.

“Shadow and Bone” is a delight to watch whether you are a Grishaverse veteran or a first-time entrant into Leigh Bardugo’s world. With breathtaking visuals, a cast as strong as it is diverse, and some of the best writing I’ve seen out of Netflix in recent memory, it was a great way to revisit the books’ stories while also surprising me in unexpected and brilliant ways.

The future, much like Alina’s power, is bright for this show, with plenty more stories to tell if and when a second season is confirmed. The Grishaverse is one of young adult fantasy’s most treasured universes, and it was such a great relief to see Netflix bring it out of the darkness and into the light as well as it has. 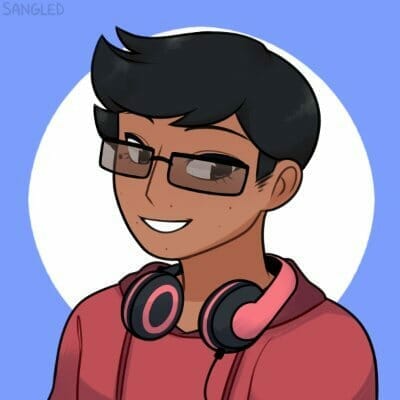