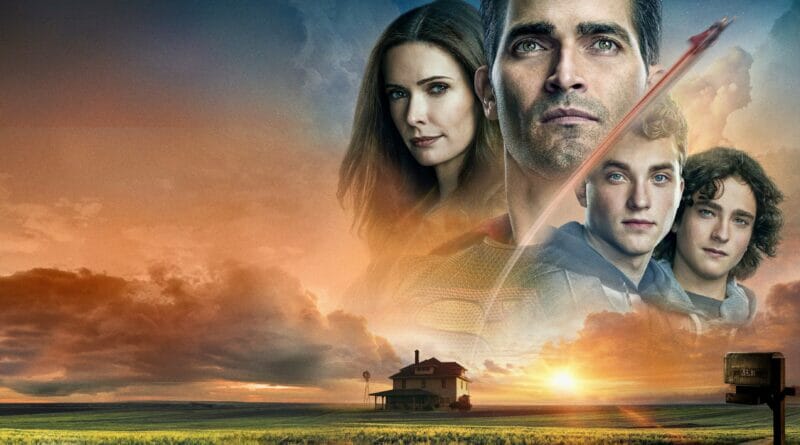 Superman and Lois: The CW’s Newest Superhero Series Takes Off In a Huge Way


It would seem our favorite Kryptonian is flying his way back into our lives once again. DC’s Clark Kent, better known as Superman has been given the chance to change our lives with a television series once again. Since the hit series Smallville ended back in 2011 it seemed like we would never get beloved red-capped hero back on the tv screen or in a tv series, but, The CW pulled him back from the Fortress of Solitude.

He did have a handful of cameos in the Supergirl series but fans wanted more Superman. Meaning actor Tyler Hoechlin and actress Elizabeth Tulloch were jumping right back into their inspiring roles in Superman & Lois. This series will most likely be a standalone series from the Arrowverse family.

Both the pilot and the second episode titled, “Legacy of Hope” did not once mention any of the heroes they’ve met in both Supergirl and the Crisis on Infinite Earths crossover event. Setting the stage in this manner could mean a number of things such as wiping the slate clean and starting new and building the Justice League (highly doubtful, but a nice thought) or wanting to sell this story differently than ever before. Nevertheless, the fans are happy he is back!

The CW painted a picture of Clark with a well-established life in Metropolis, where he and Lois are saving the world together. Superman and Lois focuses on the titular character’s life after they get married. Unlike the other live-action television series, this one takes a leap of faith into the unknown and tells life with their twin sons. As you can see, neither of the two sons know what their beloved father does immediately and why he is always gone and you can see that causes a bit of a conflict.

Jon and Jordan seem to be your average teenage brothers but are also complete opposites. Jon is one of the popular kids who is also a jock and then you have Jordan, a smart kid but also a loner. These two make a lasting impression on the viewers over the course of 60 minutes. The show provides a different look on Superman and Lois and even picks up where its original series left off in a sense, “Lois & Clark: The New Adventures of Superman” to some degree. We see Clark becoming the mentor as Jonathan was to him while he was growing up balancing life as a father and a hero.

While dealing with everyday situations any family face, Lois and Clark are doing great as a team. You can see the chemistry between both actors and get a feel of how they will reactor to different problems they will face for the episode. As the story starts to reach the top of its climates pulling you out of the storyline, we see a new enemy in the form of The Stranger, who is dressed in armor and hates Superman. This enemy is able to withstand some mighty blows our red-caped hero delivers in a battle between the two. Although we do not know much about The Stranger, I’m sure more information will be revealed soon with their background and motivations.

With this storyline being so far from what we’ve seen in the normal CW series, I feel this is what will bring in viewers. The CW’s Superman and Lois steps outside of the trail of heroes in the Arrowverse as it provides a new look at how things might turn out for this new slate of shows that DC is working on. Wrapping your head around Lois and Clark being actual parents has all wondering what the future will hold for the Kent/Lane family. The series provides a tie-in from both its 90s series “Lois & Clark: The New Adventures of Superman” while tying in Smallville at the same time and this is very entertaining.