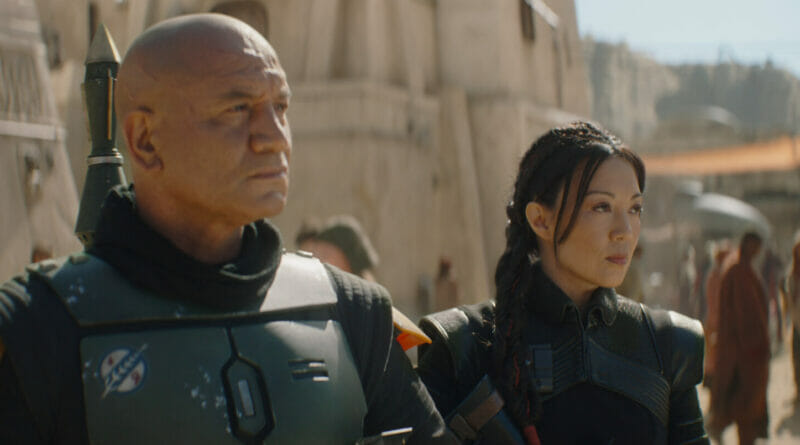 ‘The Book of Boba Fett’ Trailer: Boba Fett Aims To Rule With Respect


It wasn’t that long ago that Robert Rodriguez teased us about what fans can expect with “The Mandalorian” spin-off series “The Book of Boba Fett”, teasing fans that the action we will see in the upcoming Disney Plus series will be blow viewers’ socks off! Today Disney and Lucasfilm released the first official trailer to “The Book of Boba Fett” giving us a good look at what fans can expect with the return of the beloved Bounty Hunter and his right-hand woman, Fennec Shand.

As teased during the season finale post-credits scene of “The Mandalorian” Season 2, The Book of Boba Fett picks up immediately where we find Boba Fett, on the throne of Jabba the Hutt. Unlike Jabba the Hutt who ruled with an iron fist, Boba Fett is looking to rule with respect at the forefront. Allowing those he rules, to speak freely, no matter how offensive it might seem to their new superior.

With quick glimpses of the action executive producer Robert Rodriguez teased, it’s truly just a small taste of what fans can expect when the series arrives exclusively on Disney Plus on December 29. In addition to the official trailer, Disney/Lucasfilm released an official poster and a small batch of still images from the trailer, all of which you can check out below.

“The Mandalorian” Seasons 1 & 2 are streaming now on Disney+. “The Book of Boba Fett” premieres December 29 on Disney+.