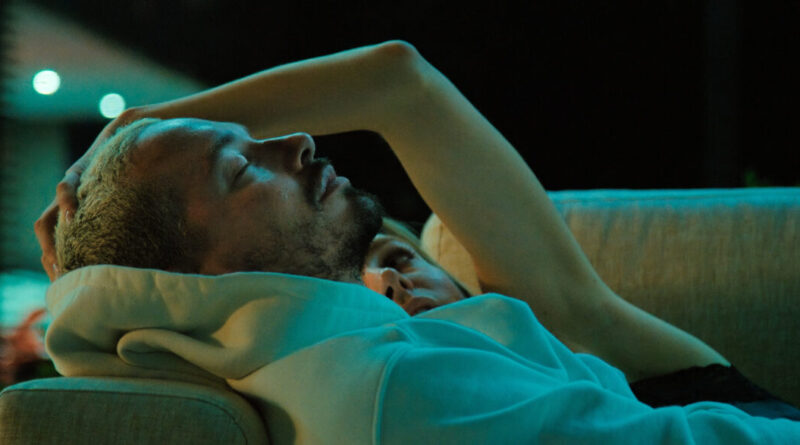 Amazon Studios has acquired worldwide rights to Oscar-nominated and Emmy-winning filmmaker Matthew Heineman’s The Boy from Medellín, a deep-dive into the life of Colombian-born superstar J Balvin. The Endeavor Content backed feature-length documentary is produced by Our Time Projects and SB Projects and will world premiere at the 2020 Toronto International Film Festival in September.

The Boy from Medellín gives us unprecedented access to international superstar J Balvin in the lead-up to the biggest concert of his life — a sold-out performance in his hometown of Medellín, Colombia. This deeply immersive and character-driven film, which was made with an international crew in Colombia and New York, provides a look into the most pivotal and emotionally charged moment of one of the world’s biggest stars.

“Representing my country, my city and Latin culture globally is a lifelong pursuit and I’m so proud to be a son of Medellín. I’m honored to be able to tell my story in this beautiful way and working with Matthew on this project was an incredible experience. Thank you to Amazon for making sure this story can be seen around the world”, said J Balvin.

In The Boy from Medellín, Heineman gives audiences a behind-the-scenes view into one of the most game-changing moments of Balvin’s life. While Balvin remains one of the most influential Latin musicians in the world, this stunning film also explores his journey to stardom in the city where it all began.

“The Boy from Medellin is a poignant and transparent snapshot of Latin superstar J Balvin’s journey at such a crucial time in Colombia’s history,” said Javiera Balmaceda, Head of International Originals in Argentina, Chile and Colombia, Amazon Studios. “Filmmaker Matthew Heineman is a master of his craft, and beautifully depicts the perspective of an international music icon. We are thrilled to welcome Matthew back to the Amazon family and to share J Balvin’s story with our global customers.”

“I am excited to partner with Amazon in bringing Jose’s powerful personal story to a global audience,” said Heineman. “While J Balvin is the undeniably talented musical icon behind some of the world’s most popular songs, Jose’s strength and openness in talking about his struggles with mental health drew me to make the film. I was honored that Jose gave us extremely intimate access to this important moment in his life, and the result is a universal story about a man trying to reckon with his place in this world that I hope will resonate with fans and new audiences alike.”

Heineman is an Academy Award®-nominated and Emmy Award-winning filmmaker, known for his sophisticated and immersive style in films such as City of Ghosts, also released by Amazon Studios, for which he won a DGA Award, A Private War, which earned Heineman a nomination for Outstanding Directorial Achievement of a First Time Feature Film Director from the Directors Guild of America—making Heineman and Martin Scorsese the only filmmakers ever nominated for both narrative and documentary DGA Awards, Cartel Land, which was nominated for an Academy Award® and won three Primetime Emmy Awards, and the docuseries The Trade.

Heineman is currently in production on a documentary about COVID-19 and he is set to write and direct Paradise, a narrative adaptation of the true events of the 2018 Paradise Fire, to be distributed by Focus Features.

“Reggaeton’s Global Ambassador” – 4-time Latin Grammy winner J Balvin is now one of the top streaming music artists in the world, regardless of language, and has developed a legion of fans worldwide.  Hailed by Billboard as “the biggest breakout act Latin music has seen in many years” and Pitchfork as “the face of modern Reggaeton,” Balvin is leading a second generation of Musica Urbana stars that have propelled Latin music to an unprecedented global embrace.

His latest album, Colores, saw both critical acclaim and commercial success. With “Blanco,” “Morado” and “Rojo” going #1, J Balvin became the artist with the most #1-songs on the Latin Airplay charts in history, with 24 of his songs earning that spot over the course of his career.  With his music and impact on the culture, Balvin has cemented himself as not only a leader of Reggaeton but as a torchbearer of the new state of Latin music by continuously expanding the limits of the genre and paving the way for “La Nueva Escuela”.

Endeavor Content fully financed the documentary and handled worldwide sales on the picture.