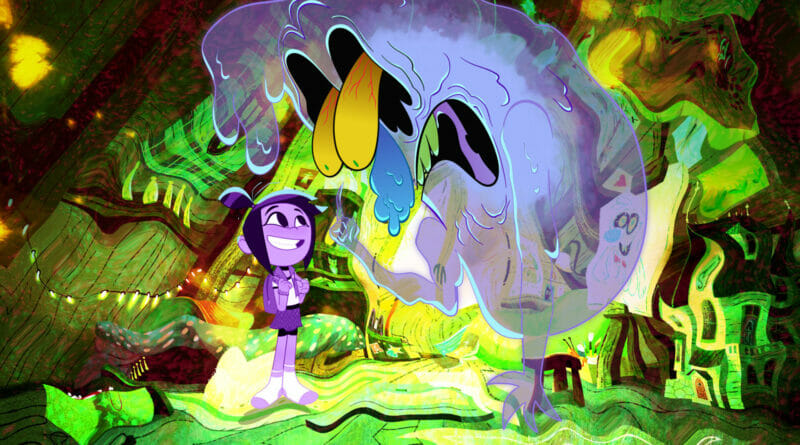 
Disney Channel’s “The Ghost and Molly McGee” has been given an early season two renewal ahead of the series premiere on October 1st. Disney Channel has also announced additional cast members, along with the official trailer and official poster which can be seen above and below.

A trio of “Chibi Tiny Tales” shorts, featuring Chibi-style versions of Molly and Scratch embarking on wild adventures, including a visit to The Haunted Mansion, will begin rolling out in October on Disney Channel, Disney Channel YouTube, and DisneyNOW. Coinciding with the series premiere, DisneyNOW will launch a time-management game, “Bandshell Boo-nanza!,” in which players must perform a variety of fun-filled tasks in order to help Molly throw the best multiday talent show ever.

New episodes roll out Saturdays (9:00 a.m. ET) through Nov. 27 on Disney Channel, with episodes available in October on Disney+. Rob Cantor (“Tally Hall”) is series songwriter, Madison Bateman (“DuckTales”) is story editor, and Britta Reitman (“Star vs. The Forces of Evil”) is the producer. The series is a production of Disney Television Animation and carries a TV-Y7 parental guideline.