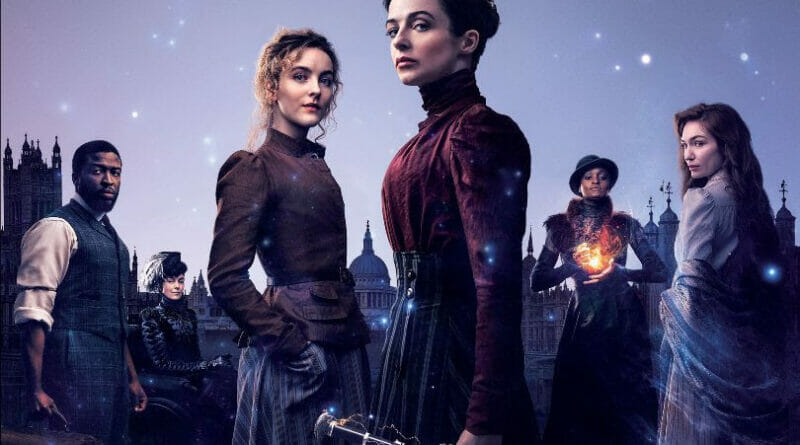 HBO drama series THE NEVERS debuts Part One of its first season with six episodes beginning on SUNDAY, APRIL 11 (9:00-10:00 p.m. ET/PT). Part Two’s six episodes will follow at a later date, to be announced. The series will air on HBO and be available to stream on HBO Max.

August, 1896. Victorian London is rocked to its foundations by a supernatural event which gives certain people – mostly women – abnormal abilities, from the wondrous to the disturbing. But no matter their particular “turns,” all who belong to this new underclass are in grave danger. It falls to mysterious, quick-fisted widow Amalia True (Laura Donnelly) and brilliant young inventor Penance Adair (Ann Skelly) to protect and shelter these gifted “orphans.” To do so, they will have to face the brutal forces determined to annihilate their kind.

Rounding out this genre-bending drama’s acclaimed cast are:

Below is the upcoming episode schedule for the first part of The Nevers:

Episode 5: “Hanged”
Debut Date: SUNDAY, MAY 9 (9:00-10:00 p.m ET/PT)
As the city buzzes with anticipation over a pending execution, Penance (Ann Skelly) grapples with a moral calling at odds with Amalia’s (Laura Donnelly) plan. With the two women at a crossroads, the Orphans must decide whom to follow.
Written by Melissa Iqbal; Directed by Joss Whedon.