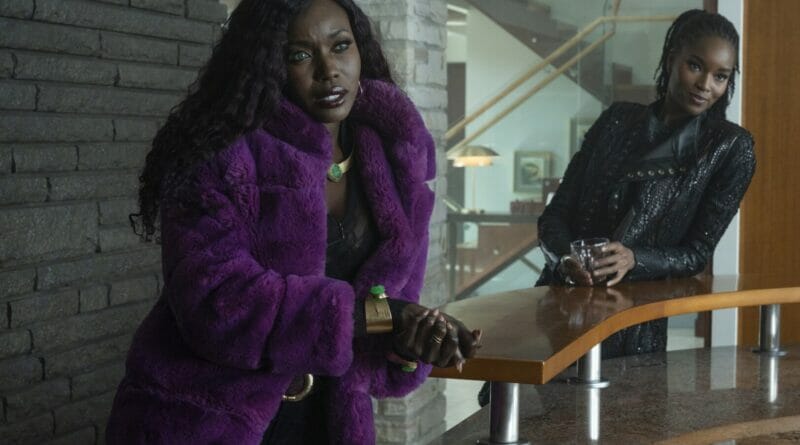 
We’re just a little past the halfway point of Titans Season 3 and the series has begun to fumble its story and lose its footing. Let’s dive in!

Titans Season 3 is back again with another episode and this week’s episode fumbles a bit too much for my liking. After Red Hood steals Scarecrow’s drugs and puts them on the street, killing Tim Drake’s parents in the process, Red Hood is poisoned and held hostage by him in order to teach him a lesson. Crane has a point to prove and wants to prove it to Red Hood first-hand by showing him how to defeat the Titans; bringing Gotham City down to its knees and forcing the Titans to destroy themselves.

The first issue in this episode is that it doesn’t even showcase or address the killing of Tim Drake’s parents which comes at the hands of Jason Todd, who is also responsible for dozens of attacks that have randomly happened all around Gotham City due to his actions. You would think since they introduced Tim Drake, there would be more focus on him in order to transition him into becoming Robin. Just kill his parents and act like it never happened.

In the process, Red Hood has also taken a bit of the backseat as “Scarecrow” is pushed more to the forefront to be the main antagonist of the series. Unfortunately, Jonathan Crane isn’t as interesting or as threatening or as intelligent as Scarecrow would typically be to make him worthy enough of the spotlight. While I’m here can we get heroes and villains who wear masks or headgear to actually wear it? I understand we want to sell the actor’s face and see the performance but they’re comic characters let’s see them as such.

This might come off as a sort of bias towards Jason Todd/Red Hood but as someone who has been very vocal about not wanting to see Jason Todd this early in the Titans series for a long list of reasons, these past few episodes have really proved my point. In addition to Jason Todd taking a backseat, Dick Grayson/Nightwing and Barbara Gordon are too focused on rekindling their own relationship that it gets in the way of the task at hand. Given how these two are both trained by Batman and are heavily outsmarted by Scarecrow is a bit baffling to me.

Given how smart and intelligent Barbara Gordon is, having Scarecrow hack into Oracle just really diminishes Barbara’s history and legacy as Oracle, moreover when she isn’t technically Oracle in this universe, its the name of the computer, not only is Barbara Gordon stripped of then name Oracle, the AI is voiced by a man, which also kind of ruins this take on Oracle in this universe. I would be ok with Oracle having a woman’s voice or Oracle being a female-centric AI developed and programmed by Barbara Gordon herself but we don’t even get that information or any flashbacks of Barbara Gordon as either Batgirl or Oracle.

Instead, we are given flashbacks of Barbara Gordon as a great value Selina Kyle (last week’s episode) to add more history to her almost laughable relationship with Dick Grayson who in this episode takes jabs at Barbara’s disability. In addition to fumbling the plot points for Jason Todd/Red Hood, Nightwing, and Barbara Gordon, the show has not done much with Gar Logan/Beast Boy or Conner/Superboy this season. Beast Boy has not seen much action and he’s almost forgettable and useless without Raven by his side. Not to mention he’s barely transforming now. And Superboy has done nothing but watch people die every other episode.

Titans Season 3 is beginning to suffer from the same issues the previous two seasons have suffered from, doing too much while doing too little. When the series premiered, they were building towards the mystery of who was under the Red Hood, which got solved rather quickly, then it switches its focus to getting Jason Todd back while Nightwing can give two craps about him at this point. There’s not enough development of plot points before they move onto another.

We haven’t gotten much of Red Hood wreaking havoc on Gotham City but we are surely setting up him on his redemption arc as quickly as the series wrapped revealing his new identity. The end goal of this series seems rather unclear. It had a clear sense of direction at the start of the series with Red Hood being the villain of the season, but that has been thrown out of the window. We have also yet to catch up with Raven and her efforts in Themyschira in bringing Donna Troy back to life.

Based on trailer footage we’re Raven has her white costume, but how does she get it? How do they bring Donna Troy back? How Is Dawn dealing with Hank’s death even after she left the team? And as much as I like seeing Starfire kick ass this season, her arc is not as interesting either. Even with Blackfire back in the picture.

While we do learn about why Blackfire killed her parents back in Tamaran, nothing in this episode pushed anything forward or really elevated the series to the next level and it’s really suffering from that “problem of the week” trope instead of fully fleshing out the story arcs and specific plot points. We’re focusing on the same 4-5 characters and nothing has really happened since the third episode of this season.

I can only hope that with the remaining episodes of this season the story really begins to elevate and build up to a season finale that pays off or at least doesn’t end the same way the finale for Titans Season 2 ended. Something needs to be done and quick, otherwise, the longevity of this series will run its course rather quickly.