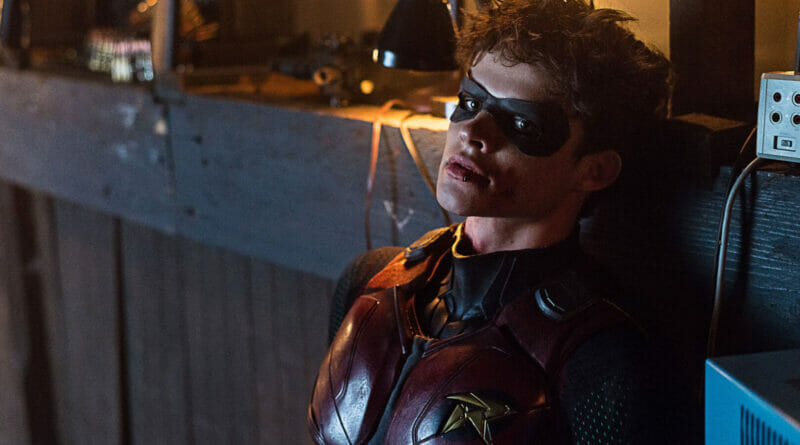 Titans Season 3’s first look is here and it’s giving us a heavy dosage of vibes from the hit comic book miniseries ‘Batman: A Death in the Family’. Jason Todd is the focal point of this first teaser as we get teases of this new season adapting aspects of ‘Batman: A Death in the Family’ and Jason Todd’s full transition from dead Robin into the anti-hero Red Hood. We don’t quite see the Joker in this teaser but we do get teases of him and his funhouse and the infamous crowbar he uses to kill Jason Todd in the comics.

Titans Season 3 won’t be a full-on adaptation of ‘A Death in the Family’ since we haven’t really seen any discourse between Batman/Bruce Wayne and Jason Todd/Robin all throughout both initial seasons (its mostly throwaway comments and the setup in the season two finale is not the setup we really wanted). As the team head back to Gotham, maybe we’ll that discourse between former partners play out as it should have which should further lead to seeing Jason Todd meet his end as a hero and a sidekick to an akimbo style gun-wielding anti-hero who has it out for Batman.

This season will also see the introduction of Dr. Jonathan Crane aka Scarecrow and the daughter of Commissioner Jim Gordon, Barbara Gordon. Barbara Gordon is famously known as Batgirl and then Oracle after The Joker paralyzes her in ‘The Killing Joke’. This version of Barbara Gordon will be a paraplegic but also the Commissioner of the GCPD. Hinting that she was already Batgirl and has had her stint as Oracle or is living a double life as both Commissioner and Oracle. Additionally, Season 3 will introduce another Robin in the form of Tim Drake played by Jay Lycurgo.

The first three episodes will premiere on August 12th on HBO Max with new episodes releasing weekly, on Thursdays through October 21st making the episode count for this new season a total of 13. HBO Max will be the new home for Titans as a whole and cannot be streamed anywhere else. Seasons 1 & 2 are streaming now on HBO Max.

Also, on September 14, DC’s TITANS UNITED debuts, a seven-issue limited comic book series, featuring the incredible line-up of super heroes fans know from the Max Original. The series will be available at all participating comic book stores and digital platforms, and is free to subscribers on DC UNIVERSE INFINITE.