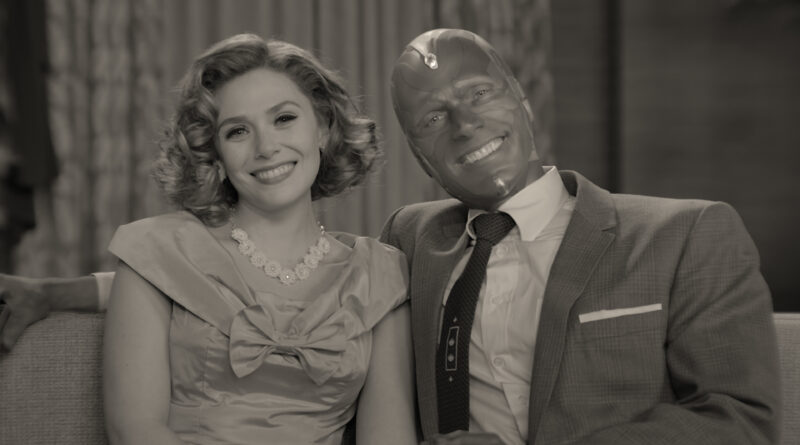 WandaVision’s series finale has been met with a heavy dose of controversy due to a rather underwhelming series finale. The majority of that was at the behest of social media theories conjured up by fans, podcasters, YouTubers, and fan websites. In all fairness WandaVision as a whole only helped pushed the envelope and further ignited all the speculations and theories that were birth during the series’ run.

Many viewers throughout the course of WandaVision including ourselves here at The Nerdy Basement speculated week to week about the live-action debut of Mephisto and a potential cameo from the Sorcerer Supreme himself, Doctor Strange. WandaVision was meant to serve as a direct lead-in into Doctor Strange in the Multiverse of Madness but unfortunately for WandaVision, the series finale did not deliver on that front. Neither did it reveal Mephisto as the secret big bad of the series.

That title ultimately went to Agatha Harkness played by Kathryn Hahn. While Hahn delivered a stellar performance and one that many fans will remember for years to come. Making Agatha the big bad of the series is a huge deviation of who Agatha Harkness truly is in the comics. While she does play both sides and serves as a mentor to Wanda. Agatha has a huge tie to Mephisto so given the comic book lore, many fans expected Mephisto to be involved in this series to some degree.

We didn’t think this series needed a big bad. I mean, the big bad is grief, you know, and that’s the story that we were telling, and then we got a bonus baddie in the form of Agatha Harkness who ended up facilitating Wanda’s therapy, so yeah, I think we feel pretty good about that.

Elizabeth Olsen is set to star alongside Benedict Cumberbatch in Doctor Strange in the Multiverse of Madness as the film will fully tackle the multiverse and how Wanda to some degree has affected it due to her actions in WandaVision. According to scoopers and insiders, a scene featuring Doctor Strange was indeed shot for WandaVision but was ultimately left on the cutting room floor. When asked about why Doctor Strange did not appear in the finale this is what Schaeffer had to say:

A cameo from Doctor Strange to confront Wanda about her actions and how she’s affected the multiverse would’ve been logical and would’ve fully connected the series to the upcoming film. The final post-credit scene shows Wanda studying the Darkhold while in her astral projection, and then hearing her twins calling out to her. Right as she jumps into action the scene ends. This could be one way to break the multiverse open as she searches for her sons but a little underserving in terms of connecting the series to the film.

WandaVision director Matt Shakman recently appeared on the Kevin Smith podcast to further discuss other aspects of the series finale and the series as a whole. During this conversation, Shakman reveals that Monica and Darcy played a much bigger role in the finale.

“We did have something more planned for Señor Scratchy that we ultimately couldn’t do because the finale had so many different chess pieces. But we did have a whole sequence where Darcy, Monica, and Ralph meet up with the kids in Agatha’s house, and they think they should steal the Darkhold from the basement because the kids had seen it when they were down there being held hostage by Agatha.”

One of the many complaints about the finale by my personally and many other social media users on Twitter was in regards to how the series forgets about Monica and Darcy entirely. By lessing their respectives roles in the finale, they undermine the purpose both of these women served in the first half of the series.

We had Monica’s superhero origin being played out to then removing her from the series entirely to then throw her back in for a quick scene to show off said powers, a small conversation, and the first post-credit stinger which will lead Monica directly into Captain Marvel 2. Shakman further elaborates on the deleted scene and sheds more light on Señor Scratchy and his demonic transformation.

“We shot it, but we didn’t finish all the VFX stuff for it. It was a great sequence, it was super fun, everyone was great in it. But we ended up moving it aside because it was a huge detour in the middle of everything else we had going on.”

There were many implications or hints that pointed at Señor Scratchy possibly being either Mephisto or Agatha Harkness’ son Nicholas Scratch. Neither version came into fruition but now knowing that Scratchy was much more than a pet rabbit. It goes to show that much more was intended for the former or the latter.

A few weeks prior to the series finale of WandaVision, STW Talent Agency let slip that their actor would be appearing in the 10th episode of the series. While the 10th episode never actually happened, director Matt Shakman confirmed that there was in fact a 10th episode but they had to collapse a couple of episodes just to make the rhythm feel a little better.

“Well, yeah, things were constantly changing and getting rebroken,” “The story was changing, especially a lot of the real-world stuff and the finale. There was a lot of experimentation going on and sort of trying different things out. We also at one point had 10 episodes planned and we ended up collapsing a couple, you know just to make the rhythm feel a little bit better. But yeah, they constantly changed, and then of course, once we wrapped in Atlanta the pandemic hit and we ended up having months off so then further changes during that we were doing post-production and then ideas would come up and little changes would happen as a result.”

The unfortunate fact is that the current pandemic and the shift of plans Marvel Studios had to take had a drastic effect on how things ultimately turned out for WandaVision and its series finale. A lot of this stuff could potentially see the light of day later on down the line seeing how WandaVision ties into Doctor Strange in the Multiverse of Madness and Spider-Man: No Way Home but only time will tell if and when these moments will see the light of day or how they’ll be reworked and presented.

Despite how anyone feels about the WandaVision’s series finale, the series delivered and was a massive hit amongst fans and critics alike. WandaVision is streaming now on Disney+.

Sources: Deadline, The Direct, Fatman Beyond, and Comicbook.com