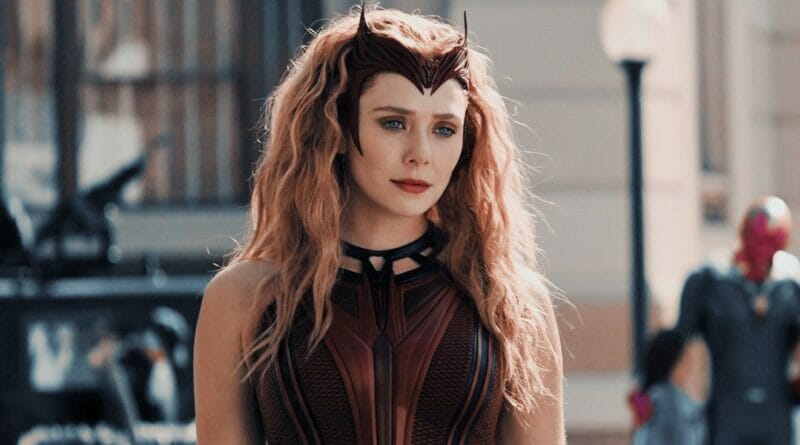 Whether you’ve been watching WandaVision since it premiered back in January or came in shortly after due to the hype and the word of mouth, you were expecting a huge finale that paid off almost everything they set up throughout the entirety of this series. Whether that was due to wild theories from podcasters and Youtubers alike, or social media in general. Paul Bettany trolling fans with a huge cameo and Elizabeth Olsen’s words being twisted to fit the narrative that being pushed on social media right now. It’s needless to say that plenty of us was left rather disappointed with the finale of this series.

WandaVision was sold a series that would deal with Wanda Maximoff’s personal grief after losing Vision not once but twice in Avengers: Infinity War combined with all the grief she had to deal with since she was a little girl growing up in Sokovia. The series did just that but where the series fails to stick its landing is by setting up and references a whole lot without paying it all off. Thus in the process leaving you with more questions rather than answers, while also simultaneously forgetting, undercutting, and underserving a trio of characters who were integral to the end goal of the series.

As I mentioned, WandaVision delivered a story that focused on Wanda’s grief while trying to expand a story that will not just affect Wanda’s personal story but also influence events that we will see unfold in Doctor Strange in the Multiverse of Madness and Spider-Man: No Way Home. While also serving as a superhero origin story for Monica Rambeau thus connection her to the upcoming Captain Marvel sequel. Needless to say, there are a lot of loose ends and a lot of the creative choices that were made we could have done without.

Evan Peters quickly became a fan-favorite X-Man when he made his debut as Pietro Maximoff aka Quicksilver in Fox’s X-Men: Days of Future’s Past. That all due to his cool slo-mo scenes and more comedic approach to the character rather than the serious and rather grumpy Pietro from the comics which we partially got in Avengers: Age of Ultron.

Since his debut in WandaVision as Pietro Maximoff, fans went into a frenzy and speculated that Peters was a Quicksilver recast or he would be playing the Fox version of Quicksilver thus introducing the multiverse into the MCU fully. Unfortunately for fans of Evan Peters’ Quicksilver, he was simply Agatha Harkness’s “husband” Ralph and was given an unenthusiastic boner joke to make matters even worse.

Many had speculated that Evan Peters’ Ralph was either Mephisto, Jimmy Woo’s Wonder Man, or the Grim Reaper. Fans of the series had all the right to believe this was the case since we were sprinkled with Mephisto and Grim Reaper teases and references since episode one. This reveal and the fact that were was no Mephisto in this series because it was “Agatha All Along” rather diminishes the entirety of all of these references. While making Agatha Harkness a full-on villain rather than a mentor to Wanda and a servant of Mephisto.

Drastic changes like this make or break the introduction of well-known characters like Agatha Harkness especially when she has a much more meaningful role in the comics as an antagonist, nanny, and servant of Ralph *cough cough* I mean Mephisto. Granted Kathryn Hahn was one of the best things about WandaVision but making her a power-hungry witch for the sake of not wanting to introduce a bigger villain seems a bit redundant. Despite how many people feel about the finale, Kathryn Hahn did was she does best and really helped elevate the show too much grander heights due to her on-screen chemistry with Elizabeth Olsen and the others.

The full introduction of the adult version of Monica Rambeau (Teyonah Parris) in WandaVision was met with open arms and a lot of praise. Not just for Teyonah Parris but for how Monica would be receiving her powers thus sending her on her way to becoming Spectrum, her comic book counterpart. Ultimately tying it all up with another co-starring role alongside Brie Larson in Captain Marvel 2.

There was a huge pivot for Monica Rambeau in WandaVision in terms of character arcs which ultimately underserved Monica as a whole. She went from being very prominent in the series alongside Jimmy Woo and Darcy Lewis to just being forgotten about until she comes in last minute to save Billy and Tommy from Director Hayward, who was ready to shoot the twins from point-blank range. Total a******* move, Hayward.

Undercutting this new trio while can be understood unfortunately took away from what they were providing before. All of their attempts to stop Hayward and S.W.O.R.D. were rendered useless and we never even got to meet the mysterious aerospace engineer that was being hyped up for like three, four episodes. It goes back to setting up a lot but not paying any of it off. Why tease it and reference it or set it up if you will not reward the viewer later on?

We know Marvel loves their setups and love paying them off later but when stories are written a certain way and the story is pointing at a direct payoff in the said story, not in a later story, then the setup becomes useless and unsatisfying.

The Vision and White Vision…Where did he go?

The question still remains, where did White Vision go? And for those still wondering, that big actor cameo Paul Bettany was teasing was this one. Him vs Him, mano y mano, all for the love of Wanda. I’m being totally sarcastic, let’s have fun writing this review right? The introduction of White Vision at least in the comics served a much bigger impact on Wanda and the kids than it did in the series finale of WandaVision. I won’t get into the specifics of White Vision’s introduction but let’s just say that his creation isn’t 100% accurate as with everything else in the MCU.

The biggest question is where did he go? After gaining all of the memories from Hex Vision, what does White Vision do with this newly found knowledge? Where does he fly off to? Too many questions and absolutely zero answers. Once again, setup but no payoff. It’s not often that the MCU does this, and it hasn’t really happened since Iron Man 3 when two different men were pretending to be The Mandarin. And it happened again in Spider-Man: Far From Home when the multiverse was teased but not really introduced.

That’s another detriment to the finale of WandaVision. Being sold as a direct lead-in to Doctor Strange in the Multiverse of Madness but not introducing a multiverse or madness. Which was mean to be served at the behest of Wanda herself. WandaVision does introduce The Darkhold and which could be used as a reference or a nod to some sort of multiversal chaos given WandaVision’s post-credit scene. But direct lead-in is nowhere to be found and that’s probably my biggest issue with this series finale.

Where does the Multiverse of Madness begin?

Truth is, no one has a clear-cut idea as to when the Multiverse of Madness truly begins. We can speculate that it begins with Wanda, now as the Scarlet Witch, who’s been isolated and studying The Darkhold, rips open the multiverse in search of her sons now that she’s heard them crying out to her. We don’t know exactly where they are in this universe or the multiverse for that matter but we do know that Wanda will indeed rip open the multiverse to some degree in the search of her twins.

Overall, WandaVision delivered on the story it wanted to tell but ultimately failed to deliver on some of the story’s beats they were hinting at or rather used to purposely throw fans off. With stellar performances from Elizabeth Olsen, Paul Bettany, Kathryn Hahn, and every single supporting cast member, WandaVision is a series that is still worth your time.

The finale delivers us with the perfect transformation of Wanda Maximoff from enhanced Sokovian turned Hydra experiment turned Avenger into the full-blown Scarlet Witch she was always intended to be. While emotionally driven, the finale doesn’t quite stick the landing making it feel like they played it a little too safe. However, WandaVision still serves as the perfect start to Phase 4 of the MCU.

WandaVision is streaming in its entirety now on Disney+.