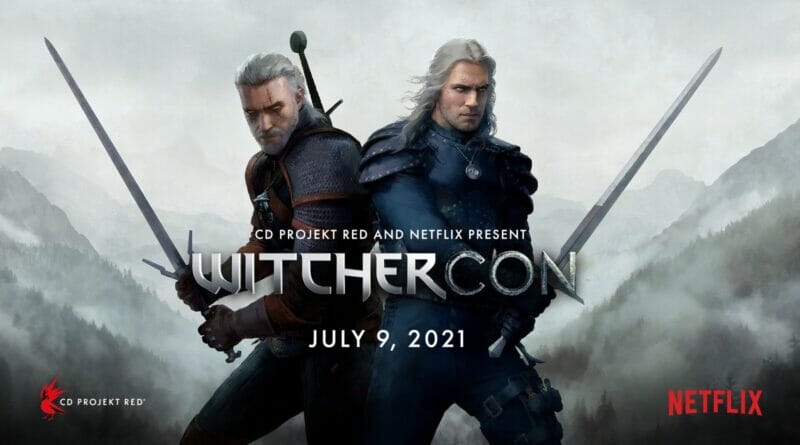 
You wanted more Witcher, you got it! WitcherCon is officially coming in July!

WitcherCon has officially been announced during the final day of Geeked Week. Fans were promised some sort of big news regarding The Witcher series today during Geeked Week; and while many speculated and probably expected an official trailer and an official release date for The Witcher Season 2, we did not get that. However, we did get a nice little teaser featuring a now older-looking Ciri with brief glimpses of Geralt and Ciri’s eery words “I need to understand.”

What does Ciri means by that remains to be seen but nonetheless, this very quick glimpse at The Witcher Season 2 was enough to get fans excited for what’s to come for the series later this year. The biggest announcement, however, was the first-ever Witcher-themed virtual fan event which will happen live on July 9th; with not one, but two different streams. Both streams will happen on consecutive days (July 9-July 10) but both will feature exclusive content that fans are encouraged to not miss.

What is WitcherCon and What Will Fans See?

In addition, Witcher fans will get an intimate look into the creativity and production behind CD PROJEKT RED’s video game series, including the upcoming mobile game ‘The Witcher: Monster Slayer’, upcoming comic books, fan gear, and the hit Netflix live-action series and the highly anticipated ‘Nightmare of the Wolf’ anime feature film which is also coming to Netflix.

Where To Watch WitcherCon?

Fans can tune into WitcherCon on July 9th at 7:00 PM CEST/1:00 PM EST/10:00 AM PST on The Witcher’s official Youtube Channel and CD PROJEKT RED’s Twitch Channel. Fans will be able to watch WitcherCon across two separate streams, with each one containing exclusive content. The second stream, which also airs on Twitch and YouTube, will begin at 3:00 AM CEST/9:00 PM EST/6:00 PM PST on July 10th.