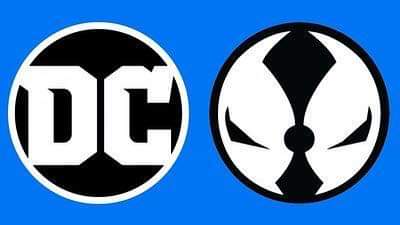 
McFarlane Toys, in conjunction with Warner Bros. and DC Comics, recently revealed images and details of the highly anticipated DC Collector Figures Line. The line, dubbed The DC Multiverse, will be available in both mass and specialty retailers beginning mid/late January 2020.

The new DC Multiverse collector line will feature highly detailed 7-inch action figures, each designed with an impressive 22 points of articulation. Each figure comes with also be accompanied by a collectable card with character-specific art and biography, as well as include multiple accessories, and a display base. MSRP is $19.99 to $24.99 USD for each figure.

“McFarlane Toys has kept the DC Multiverse action figure line-up and images top-secret, but today I’m thrilled to show fans, collectors and big kids, like me, the incredible range of DC Super Hero and Super-Villain character designs that our team has created just for them to bring home,” said Todd McFarlane, Creative Force and CEO of McFarlane Toys via a press release.

The first wave of figures will include the following:

Batman: Detective Comics #1000 Variant Chase – Same as above but will showcases a different chest emblem as homage to the Classic Batman.

Batgirl: Art of the Crime – Part of a 3-figure collector set. Batgirl figure based on the DC Rebirth comic books. Accessories include Grapnel Launcher and Batarang.

Each includes a piece of a buildable Batmobile featured in the DC Rebirth comic books. Each figure sold separately. The Build-A-Batmobile features rolling wheels and is 7 inches in length when fully assembled.

Harley Quinn: Classic – Harley Quinn figure is based on the DC Rebirth comic books. Accessories include a Mallet and (Gag) Bang! Blaster.

Green Arrow: Arrow – Green Arrow figure is based on The CW TV series Arrow. Accessories include a bow with knocked arrow and quiver with bundled arrows.

Superman: Unchained Armor – Superman Unchained figure is based on the DC comic book series of the same name. Features rotating posable wings that can extend the figure height to 9 inches tall and 10 inches wide – (some assembly required)

Bat-Raptor – Incredibly detailed vehicle based on The Batman Who Laughs’ Batmobile from the DC comic book mini-series The Batman Who Laughs. Designed to fit a 7-inch scale DC Multiverse figure. It is 8-inch in width, and has a telescoping front end to extend vehicle to full 12-inch length. Features rolling wheels.

The first wave of McFarlane Toys’ DC Multiverse is already available for pre-orders at retailers around the globe. The DC Multiverse collector figures and related toys will be available at major retail locations beginning this January. Said retailers include Walmart, Target, Amazon, GameStop, BestBuy, and Walgreens ▪