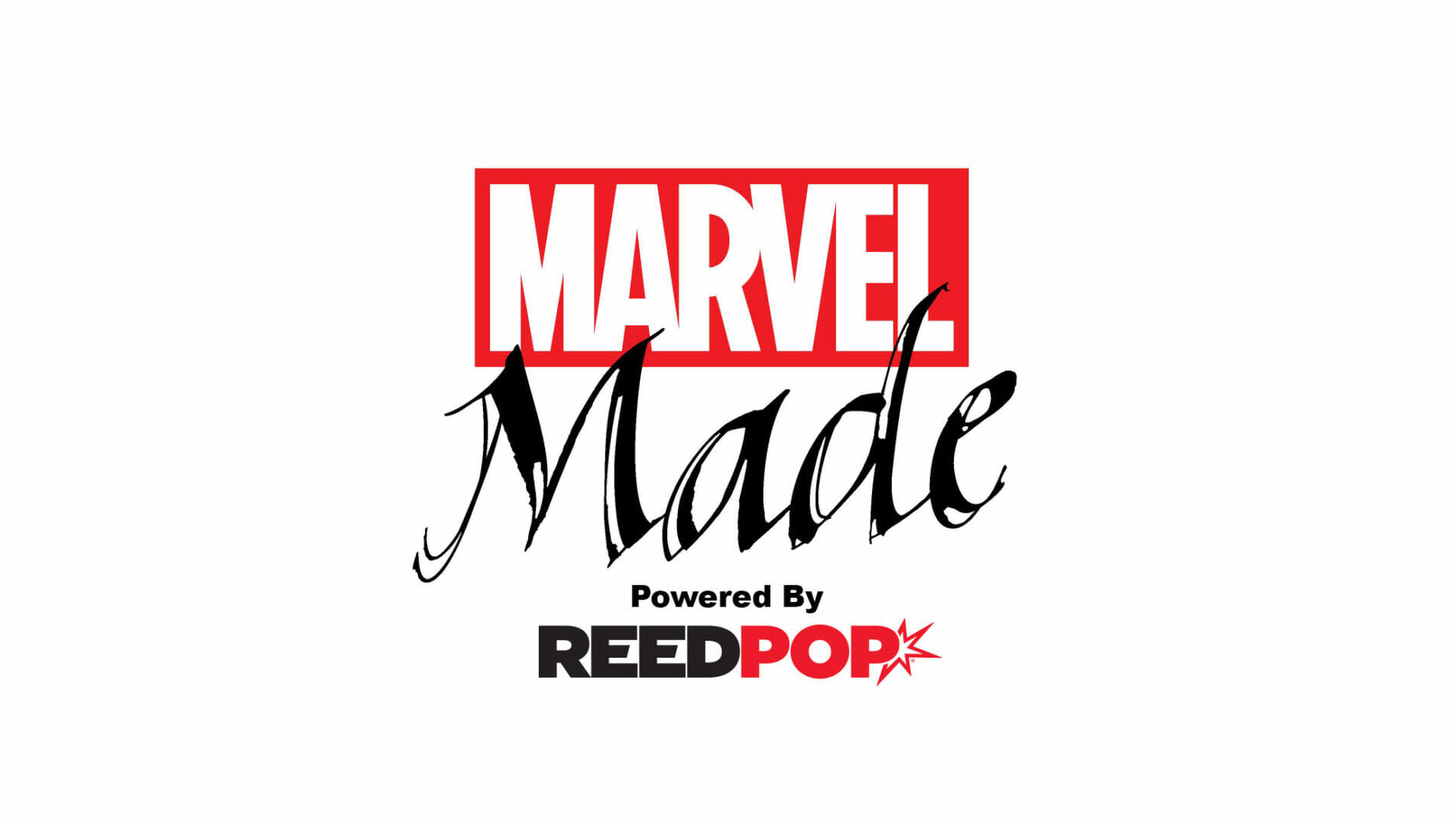 The new online platform will feature never-before-seen prestige Marvel products and high-end collectibles
The inaugural Marvel Made product will be available starting July 14, 2020

Today, Marvel Entertainment unveiled the launch of MARVEL MADE, a new online platform powered by ReedPOP that will offer an exclusive line of prestige Marvel products made to superserve Marvel’s biggest fans. MARVEL MADE is live now, launching with a limited-edition enamel pin set and collector’s notebook bundle featuring art by Eisner Award-winning artist and comic book veteran Skottie Young!

“Going back to its roots with Stan Lee, Marvel has always had a direct connection with its fans,” said Dan Buckley, President of Marvel Entertainment. “Marvel Made continues that tradition by providing all True Believers with exciting and truly unique high-end collectibles that could only be created by the House of Ideas.”

Driven by demand from Marvel’s fan community, each new MARVEL MADE product will be released on a limited-time basis throughout the year. These products, all inspired by Marvel’s most iconic Super Heroes, will be made in collaboration with Marvel’s top industry partners and will be available for purchase through a mix of limited runs, flash sales, and minimum pre-orders.

“Over the years, Marvel fans have gotten more and more excited to collect the high-end exclusive merchandise we offer at conventions, festivals, and other special events, and we’ve received more requests than ever from our diehard fans for more ways to celebrate the Marvel Universe,” said Mike Pasciullo, VP, Marvel Marketing & Communications. “Marvel Made is the next step in the evolution of our convention merchandise, which will expand that sense of community and deepen our relationship with fans – all while offering the same level of quality and exclusivity our fans know and love. We can’t wait to unveil the rest of these items in the coming months.”

Special MARVEL MADE products will also be created in collaboration with some of Marvel’s most accomplished talent across the company, connecting Marvel fans even closer with their favorite Marvel creators. For its inaugural product, MARVEL MADE is releasing a limited run of 2,500 MARVEL MADE SKOTTIE YOUNG PREMIER BUNDLES, available until August 7 or until supplies last!

“Ever since we started the pin sets five years ago, it’s been so rewarding to see how excited fans get to see their Marvel Super Heroes come to life. I never expected these pins to take off like they did, and I’m floored each time they run out at a convention.” said Young. “As a comic book writer and artist, I love sharing my passion for comics anywhere I can, and I hope fans will feel the same when they get the chance to show off these new pins from Marvel Made!”

Building upon the legacy of Marvel Comics, every MARVEL MADE purchase will include an exclusive variant comic book tied to some of Marvel’s most popular comic books today. These variant comics – which can’t be found anywhere else – will feature stunning cover art from the most talented artists in the industry. And as a special reward, the first 1,000 fans to order a MARVEL MADE SKOTTIE YOUNG PREMIER BUNDLE will also receive an additional limited-edition Excalibur #1 sketch variant comic book by Skottie Young!