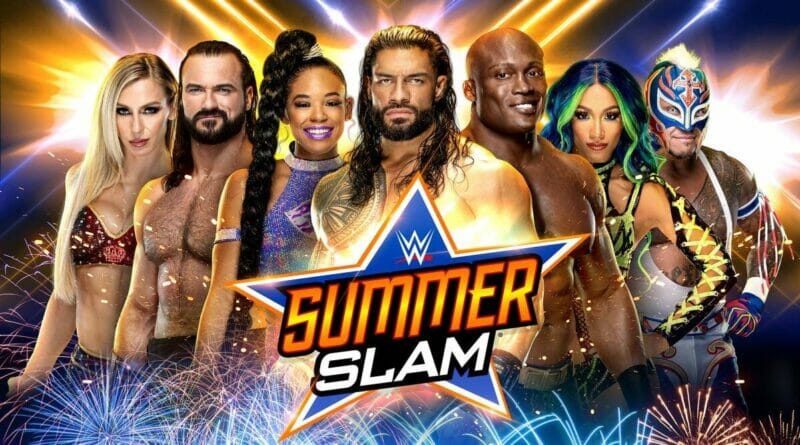 If you ever dreamed of being part of the WWE, now is your chance as WWE and TikTok team up and begin their search for their next great ring announcer for this year’s SummerSlam. TikTok users can upload what they would consider their most entertaining video using the hashtag #WWEAnnouncerContest. The winners of this contest will earn a trip to WWE SummerSlam at Allegiant Stadium in Las Vegas which is happening Saturday, August 21st.

In the coming weeks leading up to WWE’s SummerSlam, WWE will review each TikTok video before they announce two winners on the WWE’s official TikTok channel. The winners will be announced on Monday, August 16. WWE Superstar and members of The New Day, Big E recorded his own TikTok video explaining how the contest works. Check it out right here.

“Our engagement on TikTok to date has been incredible and we couldn’t think of a better platform to help us find the next great ring announcer,” said Steve Braband, WWE Vice President, Digital.

Recently TikTok announced a new way for individuals to find work within the app via TikTok Resumes. WWE is now aiming to discover and recruit new talent for its next generation of Superstars via TikTok Resumes. The search for new talent will culminate in a multi-day talent tryout in Las Vegas as part of this year’s SummerSlam event.

To date, WWE has amassed one of the largest TikTok audiences in sports with more than 11 million followers, including its more than one billion fans across all of its global social media platforms, further cementing the company’s position as one of the most-followed brands in the world.

SummerSlam will be one of the first sporting events held at full capacity at Allegiant Stadium, and the first time it will be held at an NFL venue. The event will stream live at 8 pm ET/5 pm PT exclusively on Peacock in the United States and on WWE Network everywhere else.