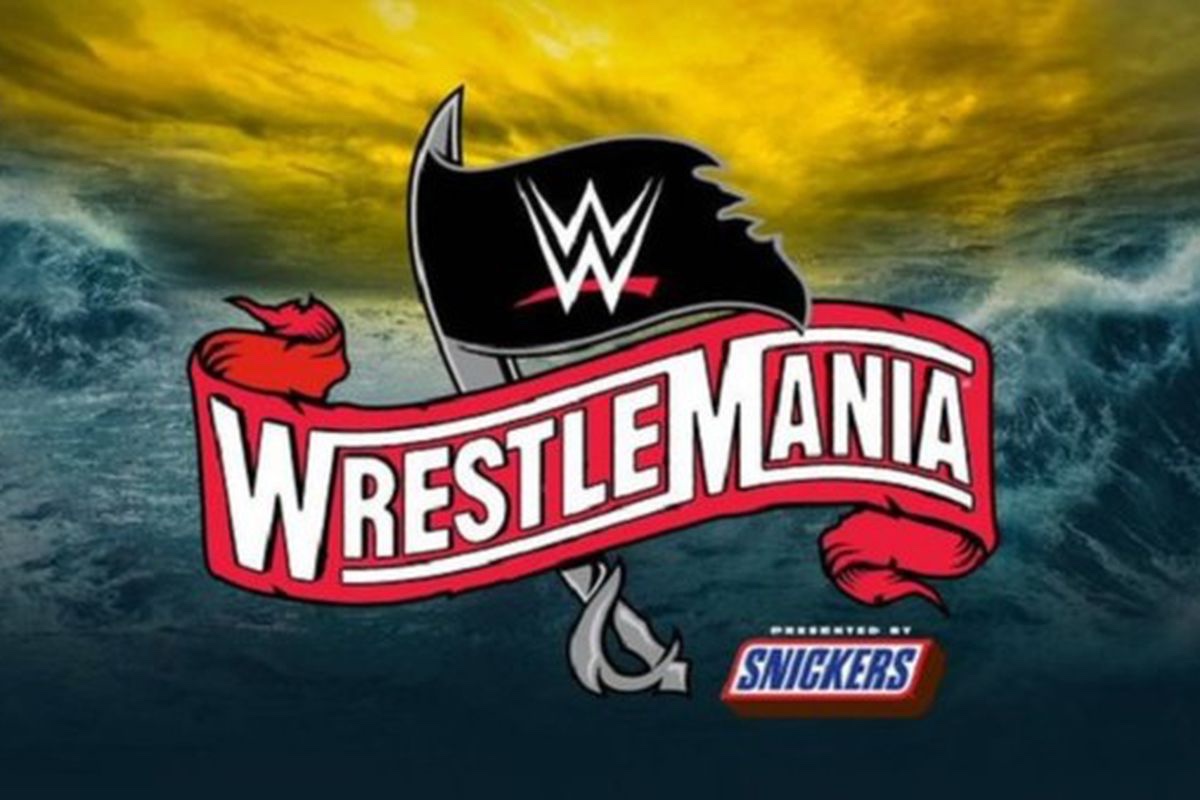 
Wrestlemania this year will definitely go down in the history books but probably for all the wrong reasons.

Every sports league was forced to suspend/cancel their season due to the Covid-19 pandemic, the big question on every wrestling fans mind was “is this going to effect Wrestlemania?”

After weeks of uncertainty with regards to the status of the big event and with 4 weeks still left to go, WWE finally made the announcement that the showcase of the immortals this year will be held for the first time ever from the performance center in Orlando, Florida with no fans in attendance. Not only did this decision shake up the wrestling community to the core but it shook up a few of the superstars as well.

The most shocking surprise to everyone came just days before the grand daddy of them all, when Roman Reigns decided to remove himself from his scheduled title match with the legendary Goldberg in what was being billed as a “dream match”. Eventually news broke out that more superstars like The Miz, Rey Mysterio and Dana Brooke were amongst the other wrestlers who were advertised for mania but had to be removed due to Covid-19 related reasons.

WWE was under heavy criticism for continuing with the event despite the risk of their athletes and of course the fact that with no fans in attendance, no Hall of Fame, no NXT Takeover, this was shaping up to be the most underwhelming and awkward Wrestlemania of all time. And it was. With all the changes going on WWE decided to take advantage of their diverse and underutilized roster and made this years theme “Too big for one night”. This meant that we would get not one but two nights of back to back action packed wrestling…or so we thought.

We began with the first night which featured a set of interesting matches (on paper) but without the roar of the capacity crowd, a lot of the performances fell flat and did not really live up to the hype. The first night had a total of 9 matches including the kickoff match. First match of the night had Cesaro going up against Drew Gulak with Cesaro picking up the win. Alexa Bliss and Nikki cross defeated The Kabuki Warriors to capture the Smackdown Women’s Tag Team titles.

The matches that followed after that were all pretty lackluster if you ask me. Elias defeated King Corbin, Sami Zayn vs Daniel Bryan for the IC belt which on paper should’ve been a really good match did not really deliver. Even “The Man” herself, Becky Lynch could not save the night up until that point as she retained her Raw Women’s Championship against the newcomer Shayna Baszler in a poorly executed finish.

Because The Miz was no longer on the card, the Smackdown Tag Team titles would be defended in an individual triple threat ladder match with John Morrison, Kofi Kingston, and Jimmy Uso. This match I will say was very entertaining despite not having the top of the crowd or the other 3 participants, all 3 superstars still managed to put on a decent match with Morrison picking up the win for his team. Next up was Kevin Owens vs Seth Rollins. A really good rivalry that had a lot of build-up leading up to their match given the personal relationship between the two.

This match also pretty decent given the circumstances. Kevin Owens is the one who would end up giving us our first “Holy S#*!” moment of the night when he put his body on the line and climbed the Wrestlemania logo to deliver a massive elbow from the top and picking up the victory.

The title match for night one was probably the most underwhelming match of the night and it was for the Universal Championship. The original match was supposed to have Roman Reigns go up against Bill Goldberg with Roman most likely going over. Because Reigns decided not to partake in the match at the last minute. WWE creatives were left scrambling looking for a suitable opponent in which they found in the monster amongst men, Braun Strowman.

The match literally consisted of a couple spears and a couple powerslams lasting a total of less than 4 minutes. Braun Strowman would end picking up the win and finally capturing his first world title which everyone felt was long overdue. It was a bitter sweet moment for fans and for Strowman who was thrown in there at the last moment with no build up. Nonetheless it was a well deserved moment for Braun.

“We saved the best for last” is a statement that never made more sense like it did for this first night of Wrestlemania. Arguably the most iconic superstar in the history of the WWE and someone who embodies Wrestlemania, The Undertaker took on the “Phenomenal One” AJ Styles in the first ever boneyard match. Now for the last couple years The Undertaker has been battling injuries and even contemplated retirement.

It’s no surprise to everyone that he’s not the same anymore. In the build up to their match AJ Styles made sure to remind The Deadman of that and just how old and past his prime he really is. All of us fans watching at home couldn’t help but to agree with Styles. Maybe this was it. Maybe Taker didn’t have it anymore. Maybe this is the last time we see The Undertaker at Wrestlemania. Well just when you thought father time had finally caught up to The Phenom, The Undertaker surprises us again by debuting a new revamped look of his old American bad ass character with a little big evil to it.

It was one of the most unique matches we’ve ever seen. The editing, pace and music combined to create a memorable and entertaining encounter between two of the best workers in the business. If the company decides to use this format moving forward then you have to assume this is the blueprint to future cinematic matches.

It was refreshing to see The Undertaker who turned 55 last month in this kind of match rather than a traditional singles match especially at this stage in his career. The whole thing felt like an action thriller film. Watching the legend make quick work of Gallows and Anderson and choke slamming Styles off the top of abandoned building was the highlight of the night. It was even sweeter to watch Taker after picking up the win, ride off to Metallica’s “Now That We’re Dead” like the true badass that he is.

Overall the first night of the two part special event had very little to be excited about with the exception of the boneyard match. Now it was time to see if night two was going to be able to follow up.

The second night had a tough act to follow given that the last memory people were left with was that epic boneyard match the night before. Who would’ve thought that in 2020, at age 55, The Undertaker could still find ways to set the bar and prove to the rest of the locker room…this is STILL his yard.

The second night of action kicked off with Liv Morgan defeating Natalya in a snooze fest of a match. The Queen Charlotte Flair was looking to add to her legacy as she challenged Rhea Ripley for the NXT Women’s Championship which she ended up winning in a physical and technical good old fashion wrestling match. These two women put on a wrestling clinic and in the end it was Charlotte who got Ripley to tap out to the Figure-8 Leg-lock.

Alistar Black defeated Bobby Lashley in a unhyped and unpromoted match which didn’t really do much for either guy involved. Otis went on to get his revenge and the girl when he defeated Dolph Ziggler with the help of Mandy of course.

This next match should’ve been in front of a sold out crowd. The return of the Rated-R Superstar, which shocked the world at this year’s Royal Rumble. Edge was stepping back in the ring for his first Wrestlemania match in 9 years.

Instead it was an empty arena filled with empty seats. That didn’t stop the Hall of Famer and his opponent Randy Orton from putting on a brutal Last Man Standing match. These two literally fought their way all through the performance center using everything they could get their hands on to inflict as much pain to each other as possible

In the end it was Edge who picked up the win but not before delivering a diving elbow from the top of what looked to be a storage fence followed by a vicious spear that eventually left Orton unable to answer the 10 count.

The Street Profits defeated Angel Garza and Austin Theory to remain RAW Tag Team Champions and Bailey ended up retaining her Smackdown Women’s title. Both were ok matches that could’ve really used the crowd reactions to compliment the performances. Just like in the first night with the boneyard match, WWE mixed things up a bit in the first ever Firefly Funhouse match which had John Cena against “The Fiend”, Bray Wyatt.

It one of the most bizarre and mind bending bouts we’ve ever seen. It was far less of a match and more of a psychological thriller brought to life. Bray Wyatt had Cena enter the fun house to face himself taking John back to various personas from his time in WWE. From tight spandex ruthless aggression Cena to the doctor of thugganomics Cena we got to see John Cena really put those Hollywood acting skills to the test.

We got to go back in time to revisit Saturday Nights Main Event and even Monday Nitro. But after all the fun and games were over, Bray Wyatt indeed got the last laugh as he was able to pin Cena with the mandible claw and picking up the biggest win of his career.

The final match of the night and of the entire Wrestlemania event saw the crowning moment of Drew McIntyre. It was 11 years in the making for McIntyre. The match itself was lackluster, predictable and flat but you still felt happy for the outcome.

After a series of F-5’s which Drew McIntyre kicked out of he delivered 4 claymores to The Beast, Brock Leanar to capture his first world title since being in the WWE. What was supposed to be a celebration with pyro in front of a capacity crowd like previous World Champions before him, Drew was left celebrating in front of an empty arena.

He looked at the camera and thanked the fans watching at home and everyone who supported him throughout the years. The moment still felt right just because of how deserving he was of this opportunity and obviously because this meant Brock Lesnar was no longer champion.

The two positive things we can out of this Wrestlemania was that the boneyard match and the Firefly Funhouse match were a big hit. It’s going to be interesting to see if WWE decides to do more of these style of matches in the near future.

Overall despite all the adversity that WWE was faced with and all the changes they were forced to make to their biggest event of the year, they still managed put on the best show they possibly could and entertain us fans even for a few hours. Where does WWE go from here? Only time will tell. I do know that with everything going on in the world right now, all we can do is stay safe, take care of ourselves and just remain positive that we will get through this one day at a time.