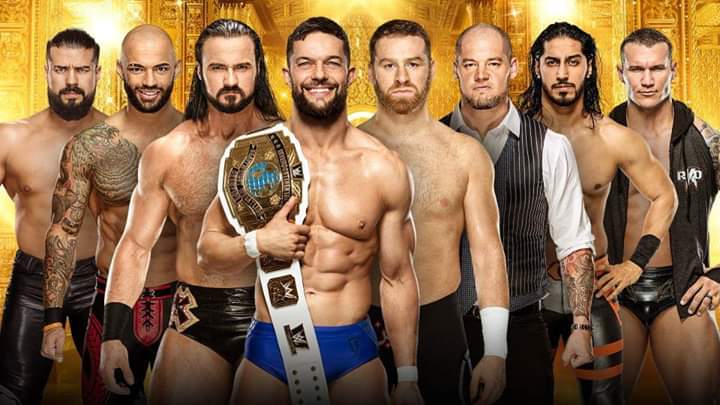 WWE Money In The Bank – The Eight Men Competing In The Ladder Match!

It’s Official! — The final participant for the Men’s Money In The Bank match has been announced!

Sami Zayn has officially joined the list of the men competing for the briefcase by defeating Braun Strowman (in controversial fashion) for the coveted spot in last night’s edition of WWE Monday Night Raw.

In traditional fashion, Sayn was the last man from the Raw brand to enter. He will be joined by roster mates “The Scottish Nightmare” Drew McIntyre, Baron Corbin, and high-flying newcomer, Ricochet. From the Smackdown brand, superstars include the veteran “The Viper” Randy Orton, Inter-Continental Champion Finn Balor, and two rising superstars, Mustafa Ali and Andrade “Cien” Almas!

This match has the potential to steal the show due to the amazing and talented crop of superstars competing:

From the Raw brand, Sayn just returned from an injury that sidelined him for almost a year, so he’ll have a lot to prove and make up for lost time if he wins. McIntyre is hands down, the odds-on favorite: big, tough, intimidating as well as the hungriest whose poised to be in the main event position. Corbin, a former winner, aims to repeat in hopes to be taken serious when he gets back into championship contention. Ricochet, fresh newcomer on the roster, hopes to make a name for himself in the match.

From the Smackdown brand, former multi-champion Orton has participated in a few MITB matches, so he’ll be bringing experience and killer instincts to come out on top. IC Champ Balor is also no stranger to the match and he too would like to win and add a second title belt around his waist. Ali, who has been on a roll since his arrival to the brand less than a year ago, also hopes to get into the main event title picture. Finally, Andrade, a true wildcard who has been very impressive as of late and riding a huge momentum that will culminate with a victory!

The WWE Money In The Bank PPV will air this Sunday, May 19th, 2019 on the WWE Network and will be emanating live from the XL Center in Hartford, Connecticut.