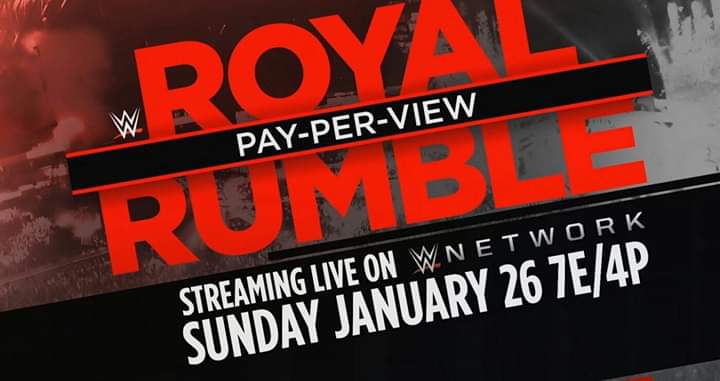 Match 2: Andrade (c) defeats Humberto Carrillo in a United States Championship Match. Andrade counters a hurricanrana and rolls into a pin to win the match and retain the championship.

During the match, Dolph Ziggler, Robert Roode and The Usos all got involved in the match and fought all over the stadium.

Surprise entrants included: Mighty Molly, Beth Phoenix, Kelly Kelly and a returning Naomi, as well as NXT talents like Mercedes Martinez, Bianca Belair, Candice LeRae, Mia Yim, Chelsea Green, Toni Storm and others. Otis from Heavy Machinery got involved by helping Mandy Rose avoid elimination twice before getting knocked down. Shayna Baszler was the surprise number 30th entrant and eliminated most of the remaining women. The match came down to Phoenix, Baszler, and Flair. Baszler eliminated Phoenix, and Flair eliminated Baszler to win the match.

Match 5: Bayley (c) defeats Lacey Evans in a Smackdown Women’s Championship Match. Bayley got her knees up to block a moonsault, then pinned Evans with a handful of tights to win the match.

Match 6: The Fiend Bray Wyatt (c) defeats Daniel Bryan in a Strap Match for the Universal Championship. The Fiend hits Bryan with the Mandible Claw to win the match.

Match 7: Becky Lynch (c) defeats Asuka (w/ Kairi Sane) to retain the Raw Women’s Championship when Lynch kicked Asuka in the stomach, blocking the green mist, causing her to accidentally sprayed herself. She then forced Asuka to tap out to the Disarmer submission.

Brock Lesnar eliminated the first thirteen men in the match by himself, including Braun Strowman and surprise entrant Keith Lee at the same time. That streak ended with Ricochet at number 15, and McIntyre at number 16. Ricochet kicked Lesnar in the groin area, which led for McIntyre hit a Claymore Kick to eliminate Lesnar. Other surprise entrants were former United States Champion MVP and Edge, returning to the WWE ring for the first time in nine years. The final five were Seth Rollins in the ring alone against Roman Reigns, Randy Orton, Drew McIntyre and Edge. Rollins was hit with everyone’s finishers and eliminated. Edge eliminated Orton, while Reigns eliminated Edge. McIntyre then countered Reign’s spear with a Claymore Kick, then eliminated him to win the match.